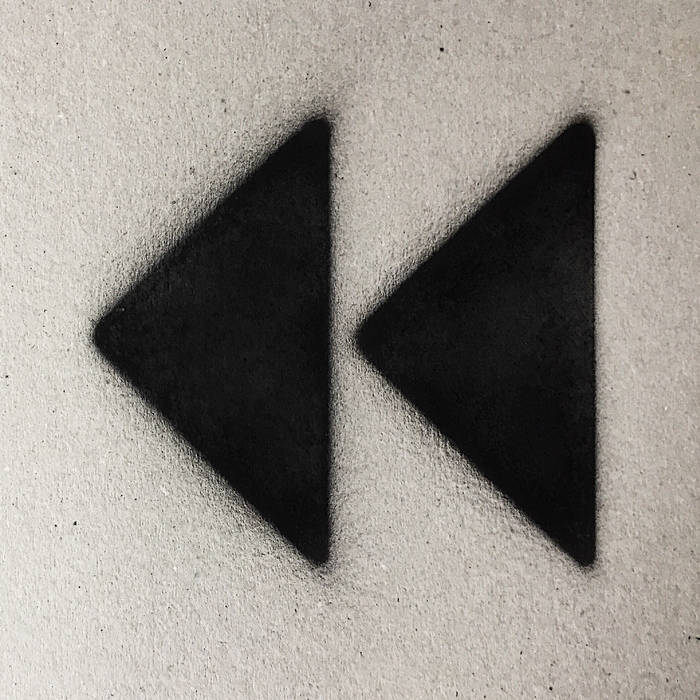 sabar1 They like Sega Megadrives, what more could you want?!

donniecigs This album is packed with grooves that will force you to shake and move. The album evolves across the tracks, covering a lot of ground and avoiding too much repetition, while also feeling cohesive as a whole piece. "The Scribe" and "Time Flows" stand out as Bangers! Favorite track: The Scribe.

chris colling Pre-release tracks sound great - can't wait to get the record :-) Do us a whizzo cover dudes ;-) Hopefully you'll get upto Hebden again and we can have a fun time. You're welcome to stay again Max but hopefully no van disasters in future!

‘Rewind’ is the latest release from enigmatic synth and drums duo Soccer96, comprised of Danalogue [Dan Leavers] and Betamax [Max Hallett], also known for performing in and producing Mercury Prize nominated group ‘The Comet Is Coming’ [alongside Shabaka Hutchings], and follows their acclaimed 2016 album ‘As Above So Below’. With a nod to the beat tape aesthetic, 'Rewind' is a collection of newly discovered reel to reel recordings, live mixed on a vintage ‘Alice’ mixing desk in the Soccer96 analogue lab.

Seamlessly segueing from polyrythmic psychedelic grooves to ambient synth pieces haunted by moments of mysterious tape bleed, 'Rewind' is a surreal, archaeological dig of a record, drenched in the sounds of degraded tape and analogue subtlety. Tracks such as ‘Alice’ contain the ghost of lost drum recordings, audible if you listen hard enough to the tape bleed whilst elsewhere unknown sounds from tapes found in a junk shop were faded into the mix, creating a glimpse into lost memories. Their experiments with tape are to some extent reminiscent of trailblazers such as This Heat and Can but the sweeping, sentimental synth pads and disjointed beats on tracks like 'Harmonious Monk' and 'The Scribe' nod more to the psychedelic/jazz infused grooves of the West Coast beat scene.

The record ends with a brilliant Hello Skinny remix of 'Constellation', a track from Soccer’s 2014 EP 'Jupiter Masterdrive', a remix done in secret that was only heard years later, and instantly loved so much by the band that it had to be added to the record.

There will be a limited vinyl release of 300 records, lovingly hand stamped and stencilled by the band - in black and white as standard but with super limited colour versions available.

"An album of cosmic vision and killer execution… …Soccer96 brings contemplative electronica infused with vitality, audacity and a plurality of ideas and perspectives. It’s a highly intoxicating blend of cosmic jazz, psych synth and organic electronica, giving nods to a dazzling diversity of influences - Sun Ra, 90s Warp artists, the jazz-minded post-rock of Tortoise, the improv spirit-ronica of Szun Waves, the poppy psychedelia of Grumbling Fur, the synth explorations of Forma, the intuitive psychedelia of Goat, and (yes) more… …But what Soccer96 truly excel in is erasing the boundaries between personal and universal, subjective and objective, micro and macro, time and timelessness." [The Quietus]

"Traversing musical terrain as diverse as Boards of Canada, Mount Kimbie, Roots Manuva and Squarepusher at his jazziest, this is a wonderfully varied collection that feels like something genuinely new… …get yourself a copy of this." [8/10] [Loud and Quiet]

"Now this record is interesting, something different. Moreover a release that has a strong sense of character (its own I may add) which (if you read on) you will appreciate is quite something given the sound’s provenance. Rewind is a strange but beguiling release that slowly starts to encase you the more you listen, forming a sort of sonic film around you, acting as your receiver and filter to the outside world." [Louder Than War]

"Soccer96 have an incredible new album on the way… …Rewind further roots the band as visionaries of UK Jazz and electronica." [EZH Mag]

"Soccer96 is doing some deep stuff here… …Dig and peep this one bigly." [Igloo Mag]

"The whole album is an ancestral attraction towards an electronics that does not miss anything, from the trip hop to the tribal, from techno to the interspace, passing through soft and then more aggressive and mutant rhythms. Undoubtedly, to be heard." [Extra! Mag]